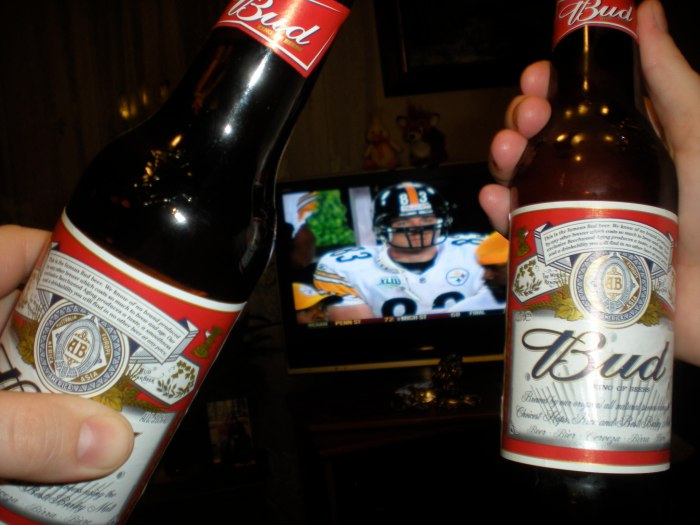 I had another lovely weekend in Szeged, as usual, and it wasn’t just because the Steelers won, though I did stay up until 4:30 before heading back to Budapest a few minutes later.  G and I tried to find Americanish things to cook for our little Super Bowl party, but without key ingredients like cilantro, hot sauce, torilla chips, jack cheese, avocdos, etc., it was a bit of a challenge.  We ended up ordering pizza around nine and making popcorn balls, the only other thing I could think of as I stood pouting in the long aisles of Tesco.  We did find American beer, though.  Even though I would never drink Budweiser in America, when I drank it on Sunday night I had that this-is-the-best-drink-ever-invented feeling.

February is goign to be a busy month around these parts.  This weekend I’m going to the theater and the Mangalica Pig Festival.  And further down the month there is snowboarding in Austria and hopefully a sidetrip to Belgrade at the end of February.  I find it’s best to keep busy during February, though it’s much easier here since the weather is pretty survivable right now.  Almost 50F.  Not bad considering my parents have snow higher than their mailbox in Akron.