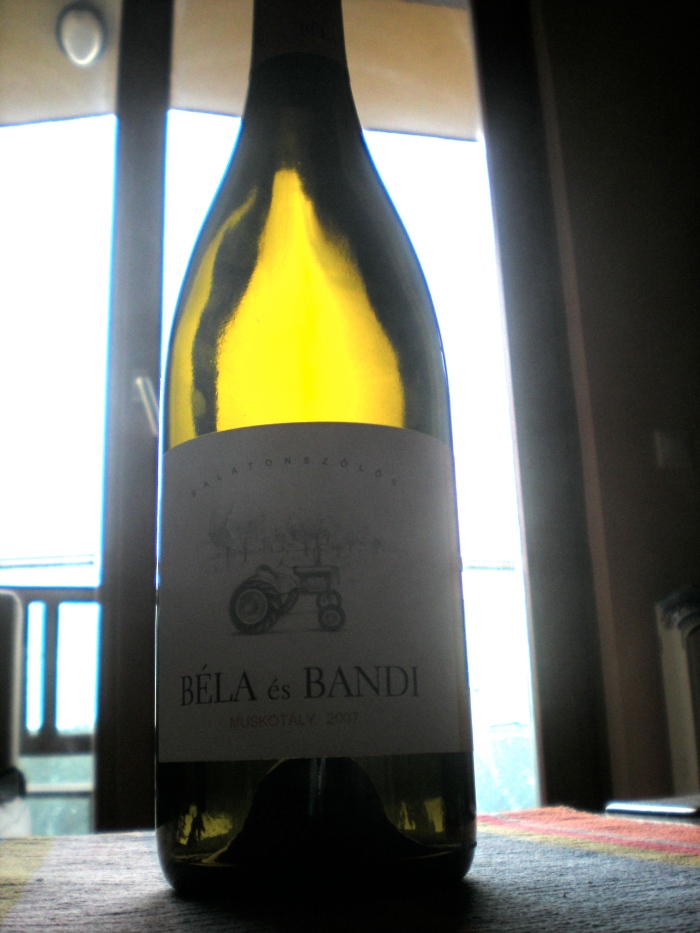 Since my usual response to “so what’s so great about Hungarian wines?” has up until now been um, everything, I decided to take the time now and add a little detail in the form of a regular wine review.  While I’m no Philistine, I wouldn’t exactly call myself a prominent member in the wine community.  Still, I know a few things here and there, and since I’m constantly talking about the great Hungarian wines I figured if you enjoy wine and aren’t familiar with these varieties, then this will be helpful.

Wine is a big deal in Hungary.  In fact, Hungarian is only one of two European languages (the other is Greek) in which the word for wine does not derive from the Latin form.  So let’s talk about bor.

I was inspired to do this after a recent trip to the recently opened Bortársaság in the first district at Lánchíd utca 1.  G has been in several times buying wines for clients and is always appropriately dazzled that they know her membership number by heart.  But Saturday was my first trip there, and we only popped in as an afterthought on our way to do some other errands in Buda.  Even though it was only about ten a.m., the wine expert insisted that we sample five wines, three whites and two reds.  And for those of you out there who are concerned about getting short glassed (mom), let me assure you that this lady practically pours a full glass of wine—and just for a sample!  Though we left the store kind of wasted, we had in tow some really great wines.  Hence—the genesis of the wine reviews on Budajest.

So the first wine I want to write about is called Béla és Bandi.  It’s a 2007  Muskotály (or Muscat, in English) and is from the Balatonszőlős, which is around the region of Lake Balaton, and it almost exatly like what most Americans believe Hungarian villages to look like:  typically cloudy, gray, dreary, soviet, etc.  Here is a picture from google images:

Béla és Bandi are very cute, old fashion Hungarian male names.  And the wine was absolutely charming.  It had the sweet, floral aromas of a Muscat, though it was neither too dry or too sweet.  With grapes from three distinct fields, there is a subtle overlapping of flavor, but we ultimately found it to be a perfect, uncomplicated white table wine.

Now, here’s the kicker.  Right now it is only 904 forints a bottle.  With the exchange rate as it is, that is just under 4 USD.  FOUR.  Now that is stimulating economics.  Oh, and I think that Bortársaság ships almost anywhere, so if you’re like me in these troubled financial times, I say stock up, settle in, and enjoy one of life’s last great pleasures.   The Béla és Bandi 2007 Muscat is a great place to start.