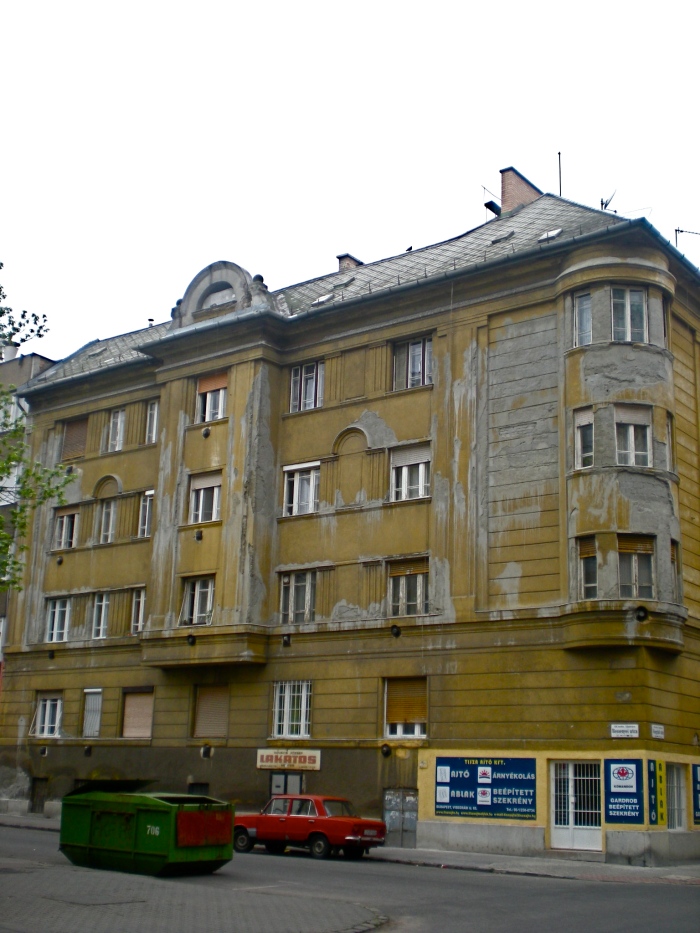 a look from another time

This weekend was a weekend of opposites.  After three solid weeks of uninterrupted sunshine, storms came racing in from the west, bringing with them patches of violent hail and rain, and even more dramatic cumulonimbus clouds that were hiding the sun in patches and casting amazing light throughout the city.

First of all: Barnabás broke his middle toe on his back right foot. 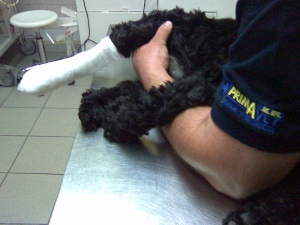 perfect time for a nap

We don’t know how it happened, except that when he’s outside he runs and plays so hard — just like a little boy — that he probably just twisted it or something somewhere and then suddenly he was limping.  Anyway, he’s going to be healed in three weeks, according to the vet, and when he was being held down by a big vet tech wearing the socialist blue workers’ overalls, he actually fell asleep.  He was getting a cast and he started to snore.  I didn’t think it was possible for him to get any more attention than he already does, especially around town.  But now, with his little red cast, old women are practically throwing strings of kolbasz at him from their apartment windows.

So, he’s fine, and it hasn’t discouraged him from taking a leave of absence from his statue/famous monument/landmarks photography opportunities: 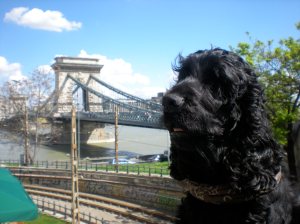 his eyelashes are blowing in the wind

On Saturday morning, we walked through the thirteenth district, which I adore more and more the longer that I live here.  The difference in architectural eras is so pronounced that it’s just such an adventure to walk up and down the streets.  On the one hand, you have buildings like ours which are luxury apartment buildings, new and modern and very “western” looking.  And you go one block (or simply across the street) and you can find an old building with character, a building where people may have flats that have passed hands for several generations. 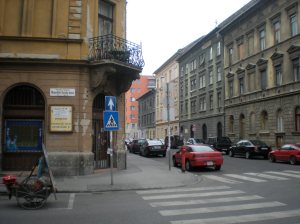 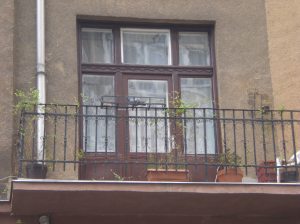 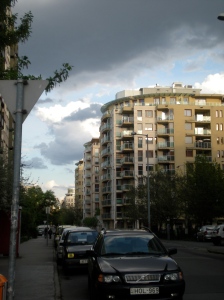 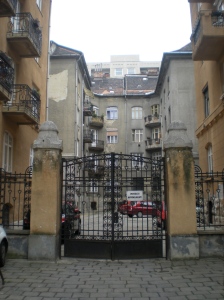 Yes, like in every district, there is the soviet-block style housing, but it’s actually few and far between, and mostly you see new construction on modern apartments mixed in with really old houses and schools (some that still have the words for the separate women’s and men’s entrances).

Saturday afternoon, while the rest of the city and all of her tourists were out enjoying the stunning break in the weather, we went into work.  It’s okay though, because Györgyi’s office is arguably the best office in the whole city in terms of the view.  Opening up the latched windows, you have a direct view of both the Lánchíd Bridge and Castle Hill. 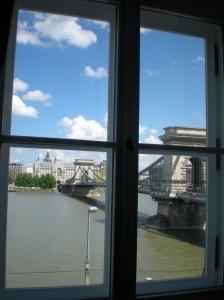 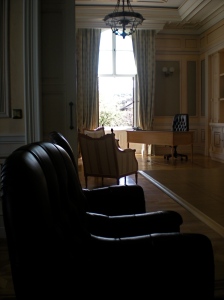 We would have left sooner, but we spent about an hour posing Barnabás in various boardroom “unfortunately, we’re going to have to make some cutbacks” shots. 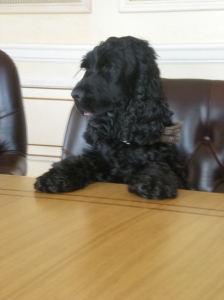 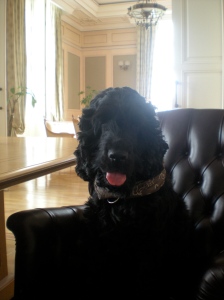 When we left, the sun was just starting to set, sending out the most amazing shadows over the city.  And since we worked so hard on oil conference stuff, we finally rewarded ourselves with the first gelato of the year.  In addition, Barnabás met a little white dog named “turo” (which means cottage cheese) who followed him for about five blocks. 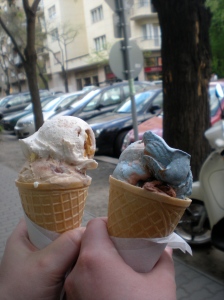 I really don’t know what flavors Györgyi had.  I think white chocolate, tiramisu and something with walnuts, but I can’t be certain.  Mine was plum and chocolate.  So basically, it was a pretty average Saturday.  Yes, average is really great.