So Friday was Labor Day here, which means that basically no one had to go to work and most shops were closed.  It was a perfect evening for a small shindig, so we headed over to Zsolt & Szilvi’s place for a little garden party.

Even though there was a little chill in the air, it was the firs outside party of the year, which always puts me in a good mood.  Being the only non-native speaker in the group, after about four hours I stopped concentrating on words and just enjoyed the evening and ambiance.  Mr. (self-proclaimed virtual zombie) & Mrs. Zsolt live in a really nice house on the outskirts of town.  It used to be a weekend house for the city’s wealthy elite, before getting re-appropriated during the communist days.  Zsolt gave us a nice tour and showed us a closet that used to be the servant’s room, complete with a hole in the ceiling for a ringing attendant bell. 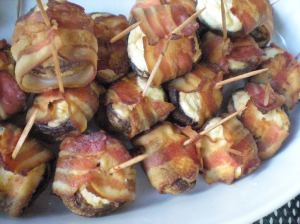 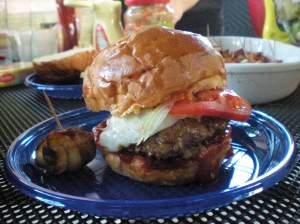 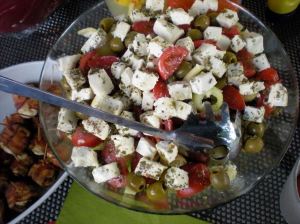 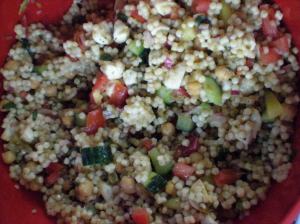 I made cheeseburgers, bacon-wrapped stuffed mushrooms, and a orzo summer salad.  Anita made a yummy greek salad, and Brigi made some delicious flourless brownie-cookies (but it was too dark to get a picture of those, and they were eaten too quickly anyway!). 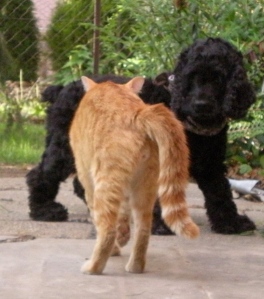 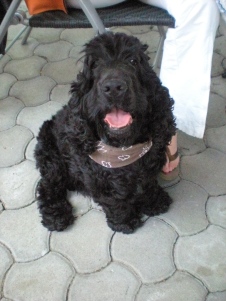 Barnabás had a fairly traumatic evening with the cat and ultimately ended up hanging around people waiting for food to fall on the floor.  And as usual, he didn’t want for attention. 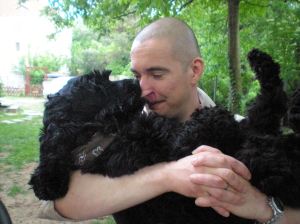 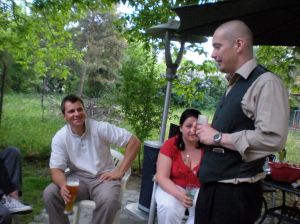 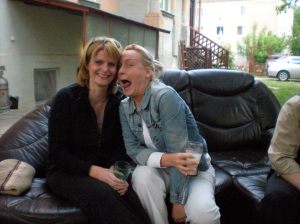 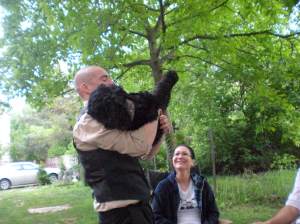 The late afternoon extended into the evening and we sat around chatting and laughing and zolt toasted to Marci who had his birthday.  It was a nice, relaxing evening, and it makes me really look forward to going home to America and hanging out on my parent’s patio and just enjoying a slow evening with good people and nice conversation.  Probably conversation is one of the things I miss the most about home.  I really have to hit the Hungarian books harder. 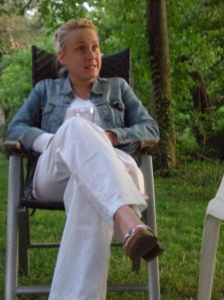 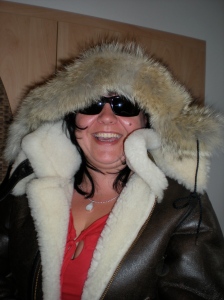 Even though I couldn’t understand about half of what everyone was saying (or maybe a little more), I still had a really nice time.  Before the cab arrived to take us back, there was an impromptu dance party.  Hungarians know how to have fun, that’s for sure, but for everyone’s sake, let’s just say that it’s their greatest fortune that my camera had run out of batteries by then.