Thursday and Friday were the most administratively busy days of the conference with registration and presentations, so the only times that we went out to explore Balatonfüred during those two days were Thursday night and Friday morning.

Just a bit about the region: 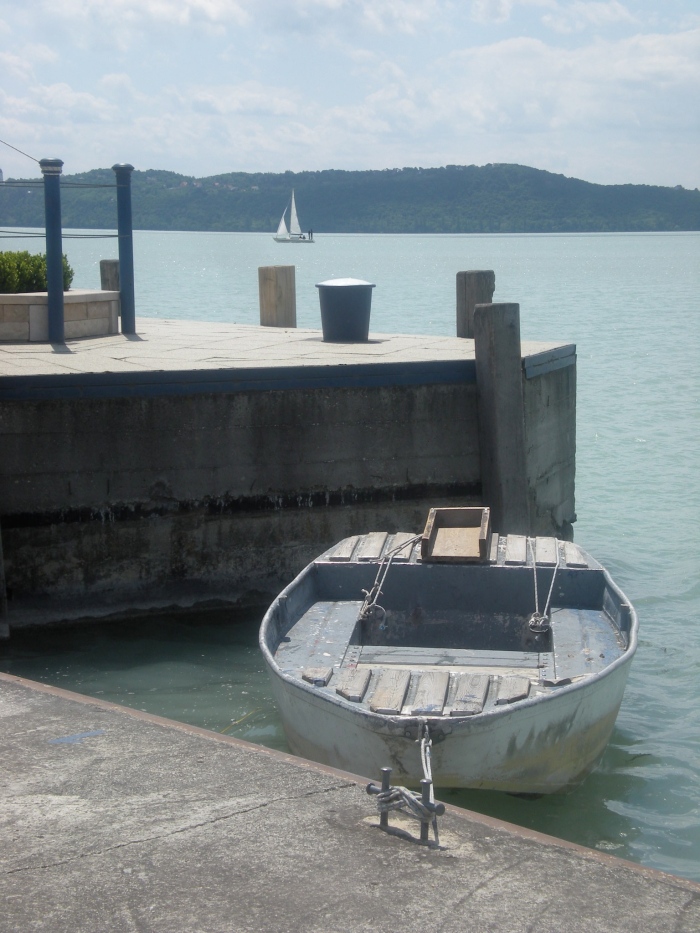 Balatonfüred is a small resort town on the northern shore of Lake Balaton with a history that dates back over two thousand years to the Roman era.  In the nineteenth century, Balatonfüred became an important cultural center and gathering point for intellectuals, poets and politicians.  Visitors and locals alike are drawn to the town’s beautiful recreation areas, especially the healing carbonate springs. And the surrounding villages of Tihany, Aszófő, Balatonszőlős and Csopak are known for their fine wines.

Balatonfüred is considered the capital of the northern lake and has a reputation for attracting yachters and coarse fisherman.  From May to September, the quality of the lake water is excellent and its temperature is consistently over twenty degrees Celsius.

During the Communist era, apparently Balton was one of the hot meeting spots for separated East and West German families.  It’s still attracts a large German tourist population today.

Now, on Thursday night, Györgyi and I went to a little restaurant, Bazsalikom, which was right on the docks of the Balatonfüred Yacht Club.  I called the area “Harbor Town,” because it really reminded me of Harbor Town in Hilton Head, SC, except about 1/100th of the size and without the old Spanish Mosses.  It was a nice end to the evening.  We shared a little quattro formaggio pizza, a few black currant pálinkas, and then headed back to the hotel.

The hotel was the Anna Grand Hotel.  It was a lovely hotel with a view to the river and the old baths of the state cardiovascular hospital, where people were constantly coming to fill their bottles with mineral water from the natural springs there. Györgyi told me that it was used as a kind of sanitarium, and now is mostly a tourist attraction.  But Hungarians, probably more than any other European, love the healing waters & carbonate springs baths.  And the hotel really picked up on the spa atmosphere that has been in Balatonfüred for about 2,000 years.  It is also a hotel that advertises itself as a good home base for many of the region’s amazing wine tours.

So because Friday was the day of conference presentations, and I had about 230 MS pages to review, I just explored the lake and shops near to the hotel in the morning.  The lake color was mesmerizing and totally unexpected, and there was such a charm to the foreground of swans and ducks against the totally blue sky and the monastery at Tihany in the distance. 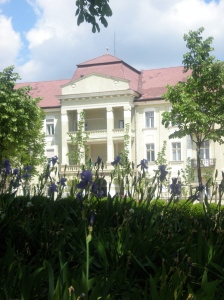 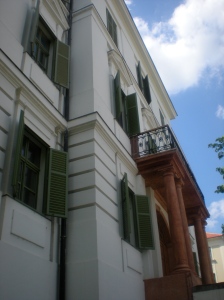 As all places here during this season, flowers were blooming and windows were opened to the sunshine and fresh air.

2 thoughts on “Balatonfüred, part I”