As we neared the end of our tour of the Elisabeth’s summer castle in Gödöllő, we came to the last room, which housed some of her letters and two of the original newspapers from September 1898.  For some reason I couldn’t help thinking about my great-grandparents, whose parents certainly were among the shocked masses of people who picked these papers up on the morning of September 10th to read the headline:

THEY MURDERED OUR QUEEN

Sisi was actually in Geneva, Switzerland at the time and getting ready to board a ship for Montreux.  It was there, while she was walking along the promenade, that an anarchist Luigi Lucheni approached her and stabbed her in the heart with a file.  She was sixty years old. 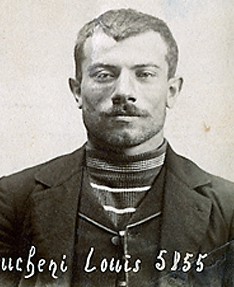 At first it wasn’t apparent how serious the wound was because like most women at the time of a certain class, she was wearing a very tightly pulled corset.  She actually boarded the ship.  It was only when her attendants undid her corset that it was clear how serious the bleeding was.  She died soon after.  Her last words were “What happened to me?”

Even though Elisabeth didn’t play a very significant role in politics, she was a bonafide celebrity in Europe, and because she supported many Hungarian causes (to the dislike of the Hapsburgs) the Hungarian people truly adored her.  She was the Princess Diana of 19th century Hungary (adored by the common people, fought the strains of a loveless marriage bound by tradition, rebelled against the strict rules and forms of the royal class, etc.), and when Sisi was murdered, the country was truly devastated.

I find myself really drawn into this tale, perhaps because, as is all the rage in cellular biology circles these days, my genes hold a little bit of the memory of that time.  I imagine Sándor and Viktoria as children in the Austro-Hungarian empire, paused in their childhood play when the news came to Budapest about their dead Queen.  It’s not that many years ago, but it seems so far away from my own American experience.  And yet, when I am here among the same streets, or see the same artifacts that they saw, I feel closer than I did before, that, she was my Queen too.