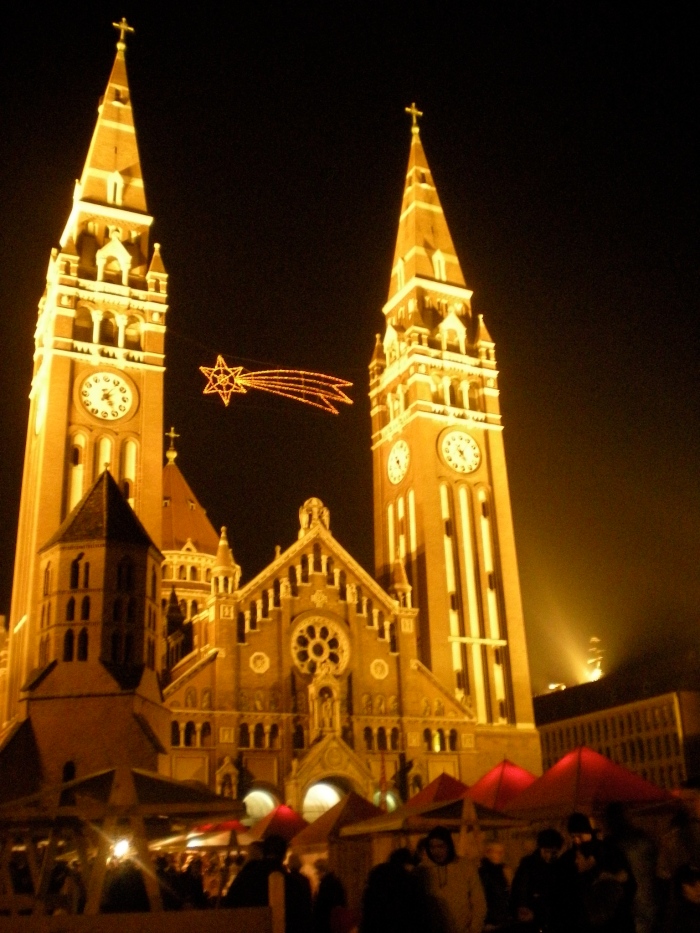 And that is my excuse.  The weather– for the week off of Budajest–that is.  And even now, I really don’t have much of a post.  Just some pictures.  Thanksgiving.  A few Christmas markets in Szeged and here, today, in Budapest.  The fall was rainy and foggy and ugly.  But so far, the winter has been mild and almost lovely, in the gray way.  We bought a new car.  A beautiful Audi A6 we named Hugo.  And we have a new vacation house in Szeged, which is part of a little Communist bloc of flats/cold-war bungalow.  I’m reading Tim Weiner’s absolutely phenomenal book, “Legacy of Ashes” and the equally incredible “The God Delusion” by Richard Dawkins, for the second time.  I’m writing full time, which is also a wonderful feeling.  And I’m not too far away from Budapest and thoughts on my posts.  So here are some pictures, in the interim: 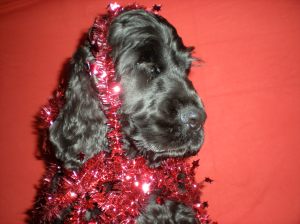 The Szeged Christmas fair was soooo crowded.  I never knew that the lighting of an GIANT advent candle would bring so many people out, but I think that just about everyone in Szeged was at the fair last Sunday.  And of course, Barnabas wanted to be dressed to the nines. 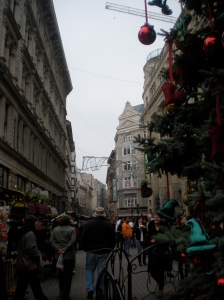 I’m not sure if he liked blue more than red, but I have to admit that Barnabas is probably the most tolerant dog in Europe.  We had several hot wines, at home and at fair.  All fabulous.

And of course we had to get the new Super Mario Brothers for Wii.  This is the best, classic version of Super Mario.  Like…THE…Super Mario Bros.  I know you nerds out there know why this is a special release this month!  And while I played, in classic style, Gyorgyi made gingerbread cookies for Christmas decoration.  My favorite:  the moose.  Or is it the whale? 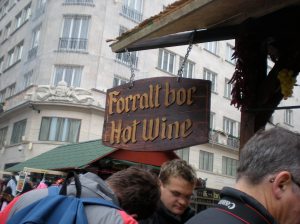 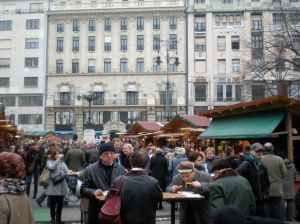 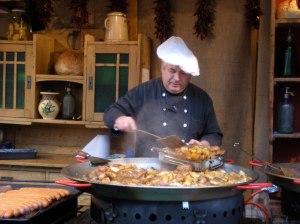 And at the heart of it all, a little guy holding his tiny left hand to Santa.  Timid.  When he turned around his face was illuminated.  He wanted to confirm with his mom that she had seen that he.had.talked.to.Santa!!.  Tomorrow is Santa day.  He fills up shoes with candies and presents.  I don’t really understand this tradition.  But I know it’s part of the magic of the season.  And I leave it feeling magical too.

4 thoughts on “The Weather Outside is Frightful”