A few weekends ago we were a little bit early for my birthday dinner and decided to walk around a little bit. I’m not sure how, or why, but we had never found this before: 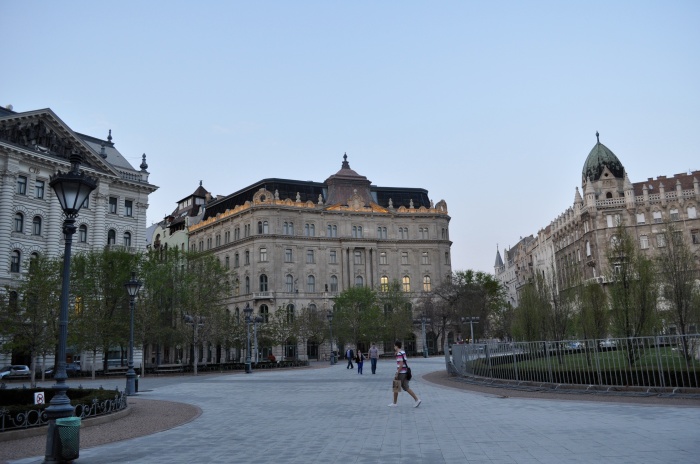 But seriously, you can throw a pebble in just about any direction in this city and hit a beautiful square.

Szabadság tér, which means Freedom Square, is right in the heart of the 7th district and it is surrounding by a lovely park and beautiful buildings. These include the Hungarian National Bank and the Hungarian Television Building. And I guess I really should have known this square, since it houses the U.S EMBASSY! 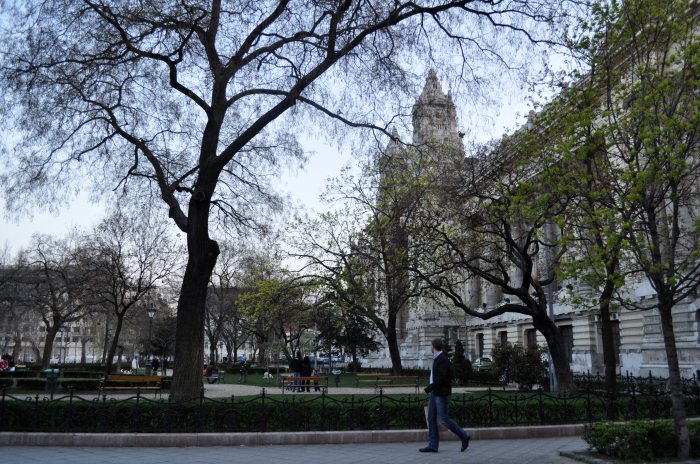 In the center of the square, there is a memorial statue for the Soviet Union’s “liberation” of Budapest at the end of WWII. I have to say that it’s quite strange to see a big, golden Soviet obelisk and emblem in the city. 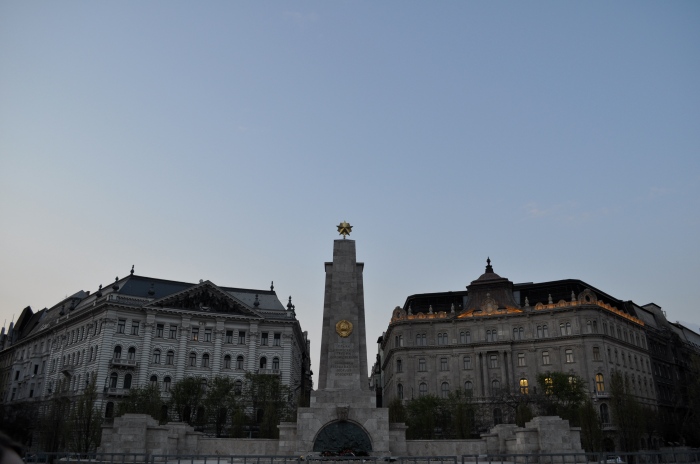 It’s the only Soviet statue that still exists inside of Budapest. The last one (big ol’ statue of Lenin) was taken down in 1989.

There are a few cafes and a playgrounds in the area and it seems to be in a great location for people watching, especially after a day of downtown tourist activities. If you’re coming to Budapest for the summer, you might want to check out some of the lesser known or local known parks, squares and gardens. They are definitely the place where you’ll find quiet corners to enjoy a nice drink and relax before gearing up for Pest’s endless nightlife.

UPDATE from Budajest’s expert history consultant, Szabó Zsolti bácsi: “When the Russians finally left Hungary in 1991, the agreement said that they can keep one statue or monument in the country, and they choose Freedom Square. All the others were eliminated or transported to the Statue Park. “