This past week, while Györgyi was hard at work, my parents and I visited Memento Park, located in Southern Buda’s 22nd district. 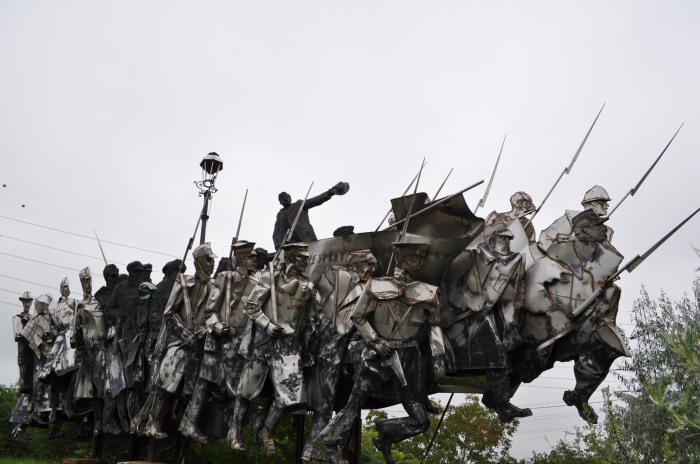 Memento Park is an outdoor museum/graveyard for the remains of Hungary’s soviet statue past. 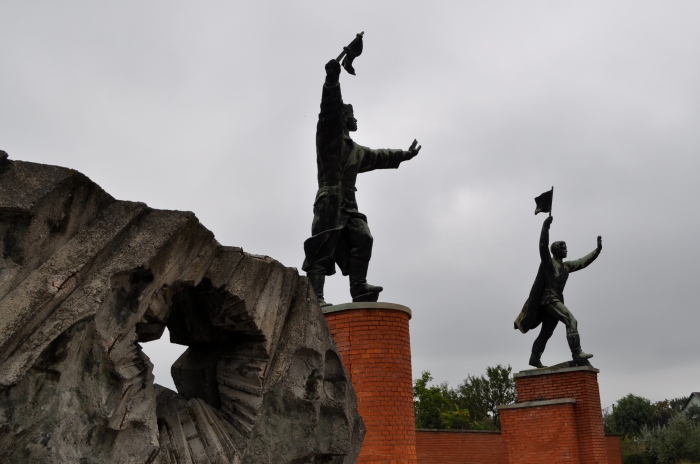 The skies were overcast, though it didn’t deter the two tourist busses of people from visiting. We went by car, but unless you are on a tour trip through Budapest, you might not even known that it is out there in southern Buda. It’s almost as if there is a feeling from many (including Györgyi) that these little suffering relics of the past shouldn’t get anymore attention.

I’ve been to Memento Park three times now, and I am always left with a lingering creepy feeling. Like most people who visit and who aren’t from a soviet bloc country, my parents thought that the statues were really fascinating and strange.

There are several public transportation options for getting to Memento Park, including a bus that takes you right to the park from the center of the city. I wouldn’t, however, recommend the walking option, which, according to the website is a 20-30-minute walk from Kamaraerdő through the woods. No thanks.