Last weekend we went to Csongrád in SE Hungary on the Tisza River. I think I have a little bit of travel fatigue because I wasn’t really feeling interested. 10th-century town? Seen it. Ruins of an 11th-century Benedictine monastery? Yawn. Secessionist-style streets? Nothing new. Cute old people riding a tandem bike past beautifully maintained parks? How long is this going to take because I want to catch up on Real Housewives of New York City. 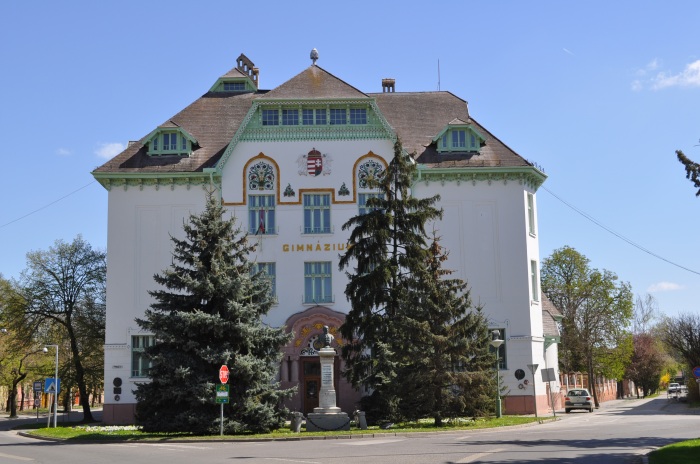 But I suppose that these little towns have a way of charming even the most fatigued traveller.

Csongrád was founded many, many moons ago by Árpád’s son. Árpád was the Grand Prince of the Magyars who led the ancient, Hungarian tribes into the Carpathian basin. His son, Ete founded Csongrád, which by comparison seems a little ho-hum in terms of accomplishments. But still, he didn’t do a bad job. St. Stephen made it a county seat and it didn’t end up too worse for wear during the Mongol invasion. Later, in the 18th century, Csongrád was a pretty happening fishing center.

We walked around for a little bit, admiring the old signs. The one above is an old ice cream sign. And like the sign, the town seemed a little bit stuck in the 1970s. At least that was my impression of the downtown.

The bookstore does have the latest books, though:

Adjacent to the main walking street, there is a nice park. And at its entrance you will see a sculpture for the 1956 revolution.

It was one of the more interesting revolution sculptures I’ve seen, and I’ve seen my share here. It was a fairly unimposing obelisk, but covering the sculpture and the surrounding ground were all of these newspapers from the days during the revolution. 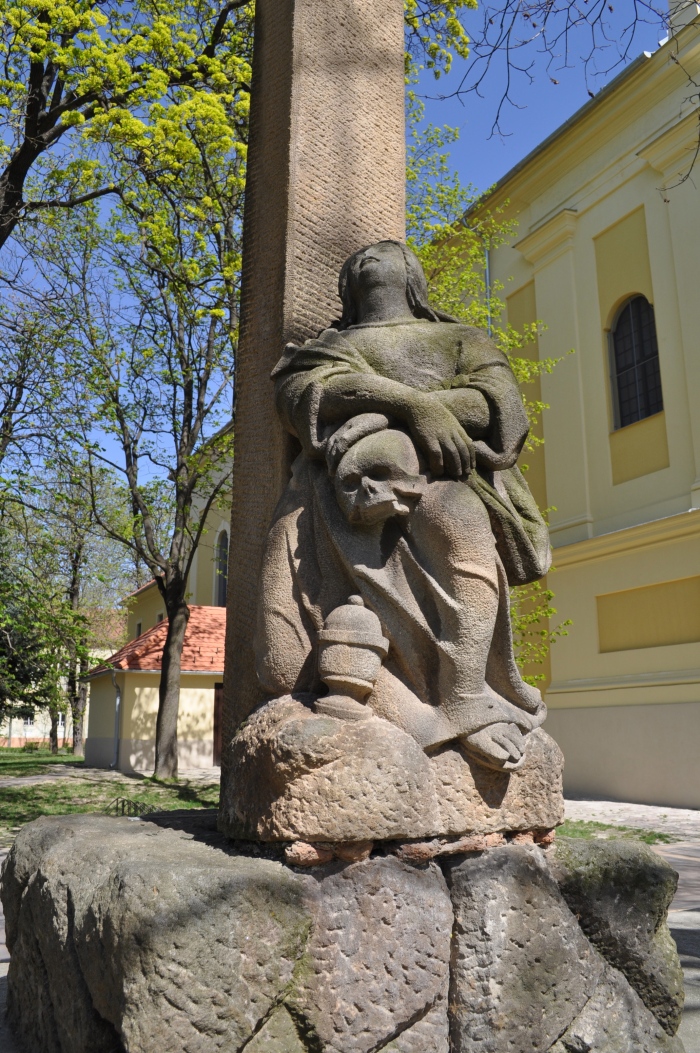 The monument above was my favorite. I just love this. At the top is a very nice cross and a handsome Jesus, and then BAM–woman holding a skull.  Very creepy. It has to be from the Communist era because it has that lack of detail that is common in those sculptures. But the Party artists weren’t making religious sculptures–they were making workers’ sculptures. So it’s strange and kind of wonderful.

Our final task in Csongrád was to take a look at what remains of the 18th-century fishing village settlement.

Adobe houses + thatched roofs = cute. People still live in these houses, though I read that some have super-modern interiors. I wish Hungary had a Parade of the Homes so I could get a look inside. That day most of the curtains were drawn. They definitely saw me and my Nikon coming.

The town sits on the banks of the Tisza river, and because it is damned just north of town, there is often a sandy beach where you can lay out or swim. Don’t open your mouth, though, because that water is coming from Romania. Sigh. I think I still have a little case of travel fatigue.