One thing that Gy and I do for our company is translation, branding and marketing for Hungarian wineries. And in the last four or five months we have learned more about wine than I ever thought was possible. Of course now it seems like there is still an impenetrable amount to still learn. Not that I’m complaining!

We have tried so many wonderful Hungarian wines and so I wanted to get back to posting a few wine reviews/notes here. 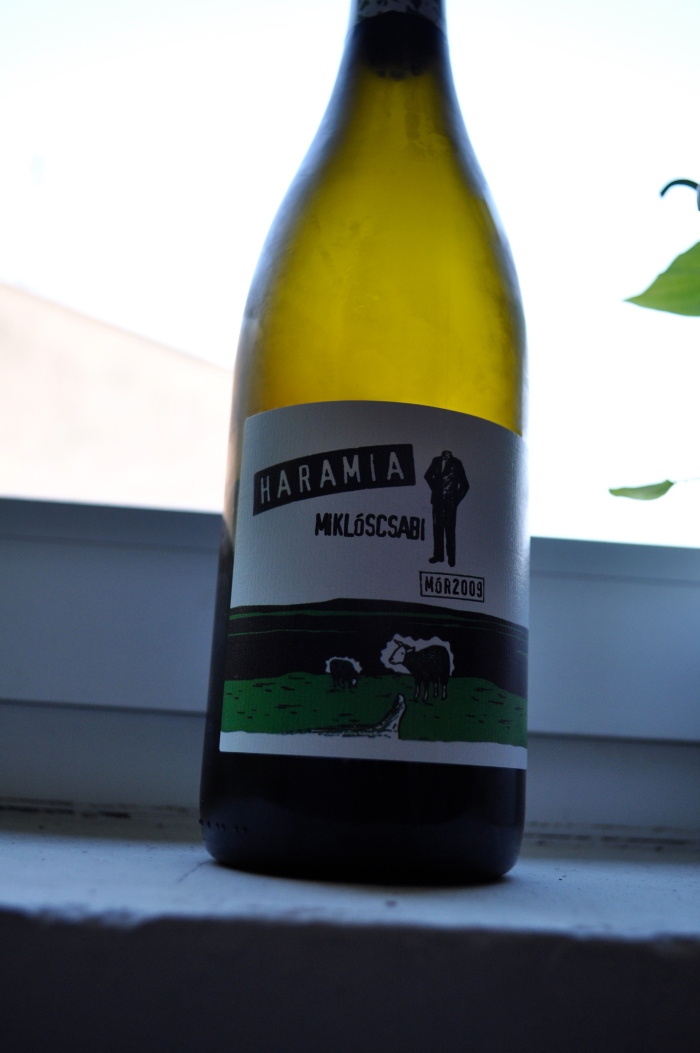 Several weeks ago, when the May sun unraveled her golden carpet for this region, we bought a bottle of Miklóscsabi Pincéje’s Móri Haramia Cuvée, 2009.

Miklóscsabi Pincéje (Winery) is a small, family run winery in Mór, which is in northwestern Hungary. The region is famous for its Ezerjó, which is a late-season white wine. The vineyards sit on 3 hectares of land, which Csabi Miklós purchased in 2001. Since then, he has restored the 250-year-old cellar that was established by Capuchin monks and has been producing quality wines with the help of his father, Pál Miklós, his mother, Henike and his sister, Kata.

I’m an absolute sucker for lovely bottle design, and Miklóscsabi’s bottles are really fantastic. Colorful, somewhat disjointed, with a hint of silliness. It’s hard to say what makes one bottle distinct, but whoever does their graphic design is definitely a keeper. 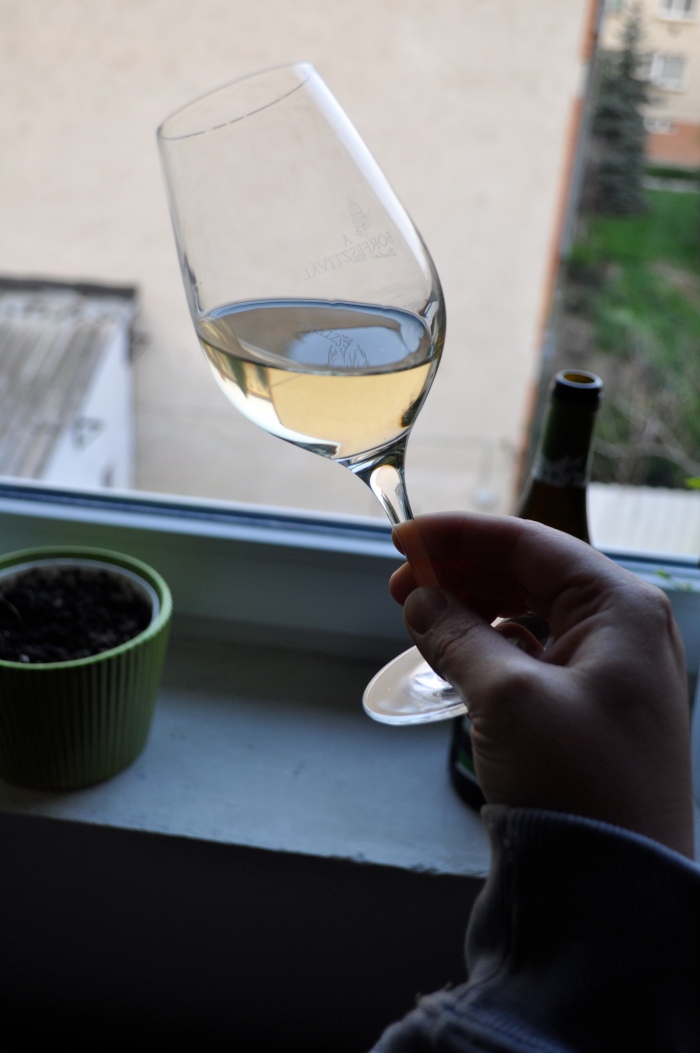 We tried the Móri Haramia Cuvée, 2009. It’s a semi-dry Cuvée and I believe that it’s a blend of Tramini, Leányka and Pinot Blanc. It has a dominant though fresh character with nicely rounded acids and a hint of vanilla. It’s more serious than lively, but was perfect just sipping on our balcony in the evening.

I’m looking forward to tasting more of their wines, and hope that I can visit this wine region soon.

The Móri Haramia Cuvée, 2009 was 2,500 forints ($13)—or $10 when the forint is so very, very strong, as it is now. But I wouldn’t wait for the Euro or Dollar to get stronger to tries wines from this cellar! Something tells me they are worth the exchange rate.