Opened in 1989, the Szeged Zoo is the youngest zoo in Hungary. But despite being the new kid on the block, it is the largest zoo in the country. Györgyi and I wanted to visit for a while, and when the weather finally permitted, we headed over there for the afternoon.

The zoo itself is spacious, wooded and quiet. And addition to its lovely inhabitants, it seems as though the zoo safety committee has a sense of humor:

Ouch! I love these.  Very macabre. But honestly, I’ve lived in Hungary long enough to know that Hungarians need clear, vibrant threats in order not to break rules, such as not crossing into restricted areas and petting the Savanna’s carnivores. 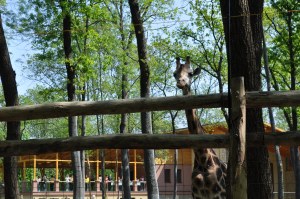 The young giraffes and meerkats were definitely the highlights of the day.

Especially because despite the enclosures, you could really get close to the animals. There is something pretty thrilling about being a few feet away from a tiger, lion and panther. 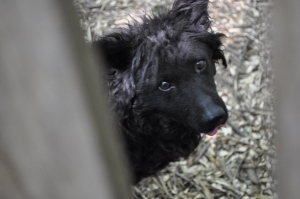 Another great thing about the Szeged Zoo is that they have a whole area dedicated to regional animals and animals typical to Hungarian farms, past and present. Farm dogs, mangalitsa piglets and sheep.

This area seemed to be the highlight for little kids, especially because it featured a petting area. 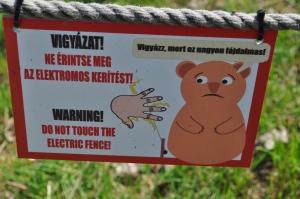 I just couldn’t get enough of those safety signs though. I love the expressions on the faces of the safety sign bear. If he wasn’t chewing your fingers down to their bones, he looked concerned about you drowning or getting electrocuted.

We were at the Budapest Zoo maybe two years ago, and it was nice in its own way. But there was something sort of disappointing about gazing into the wrinkles of the elephants while trying to block out the noises of honking cabs and tour guide megaphones. The frantic energy of the Budapest Zoo made me feel sort of sorry for the animals.

But the Szeged Zoo has the same essence of the city of Szeged. Calm. Relaxed. No one and nothing is in a hurry to do anything except enjoy the day.

It was hard to get an animal to stay awake long enough to take a decent picture. I felt pretty good about that.

2 thoughts on “The Szeged Zoo”