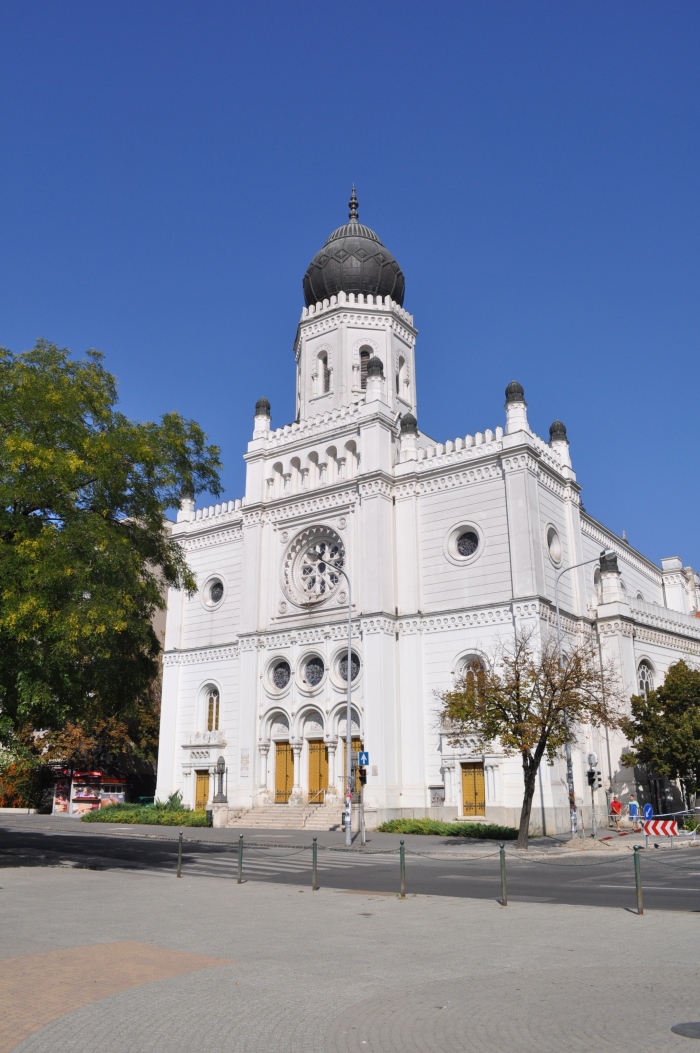 On Sunday we visited Kecskemét, which is a city in central Hungary, equal distance (86 km) between Budapest and Szeged. I haven’t been up for actively touring around Hungary lately, mostly because I’ve been so busy with work and making arrangements for the long trip abroad (!), but Sunday reminded me of the importance in making efforts to see as many little towns as possible, wherever they are. 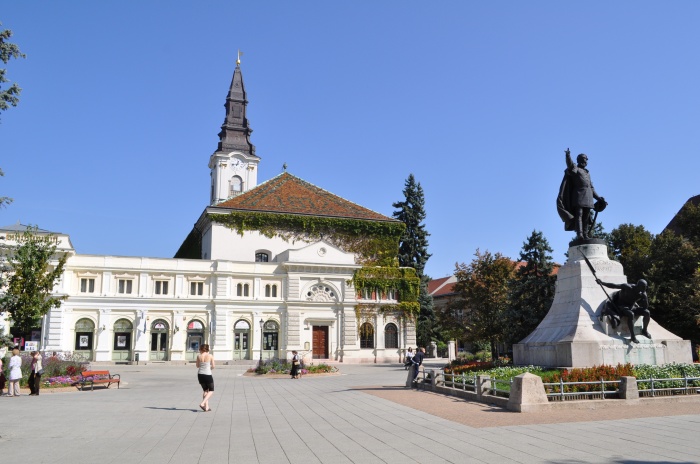 Kecskemét has had continuous inhabitants for 5,000 years, though much of the post-Sarmatian (iron-age Iranians that inhabited Hungary a few millennia ago) villages were destroyed by the Mongols, just like everywhere else in this part of the world. Since then, the city has grown into a trading center and now, a little university town. Despite the soviet efforts to destroy everything productive about the city, such as its thriving wine and brandy industry, Kecskemét is slowly reestablishing those markets. 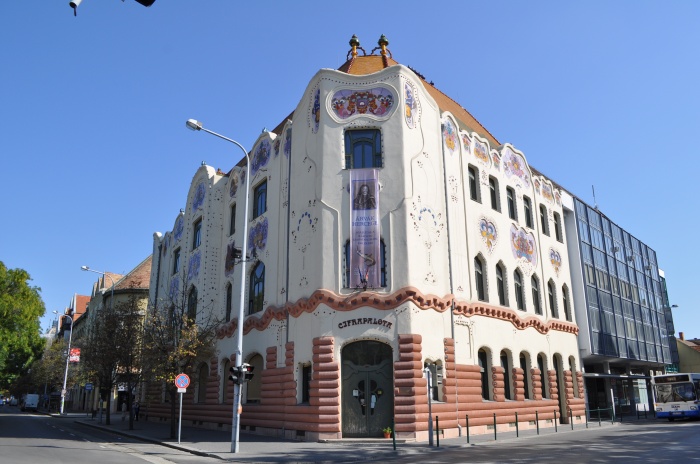 The biggest thing to happen to the city in a long time is that Daimler is about to open a 1.24 BILLION dollar Mercedes-Benz factory just outside of town, which will provide about 2,500 jobs. 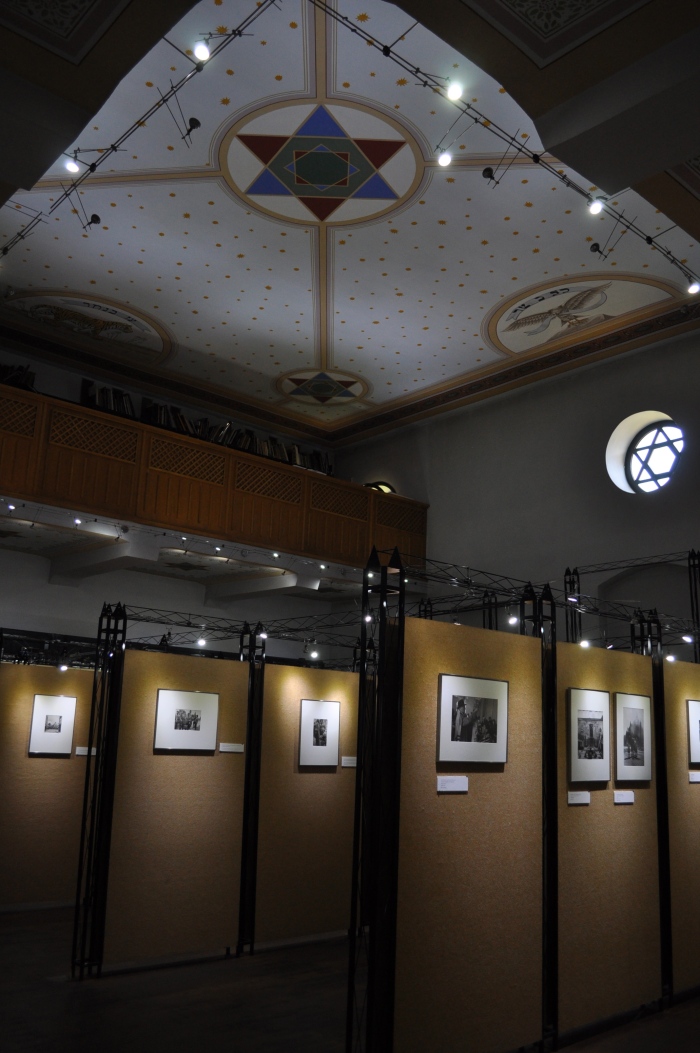 But we didn’t visit for the history, or the tremendous Art Nouveau architecture. We were there to see the Hungarian Museum of Photography (Magyar Fotográfiai Múzeum). It is located in a restored 18th-century Orthodox synagogue and opened in 1991. There is a slight heaviness to this building from a historical sense. Kecskemét had a thriving Jewish community before WWII, when in May and June of 1944, almost all of the community was sent to Auschwitz. 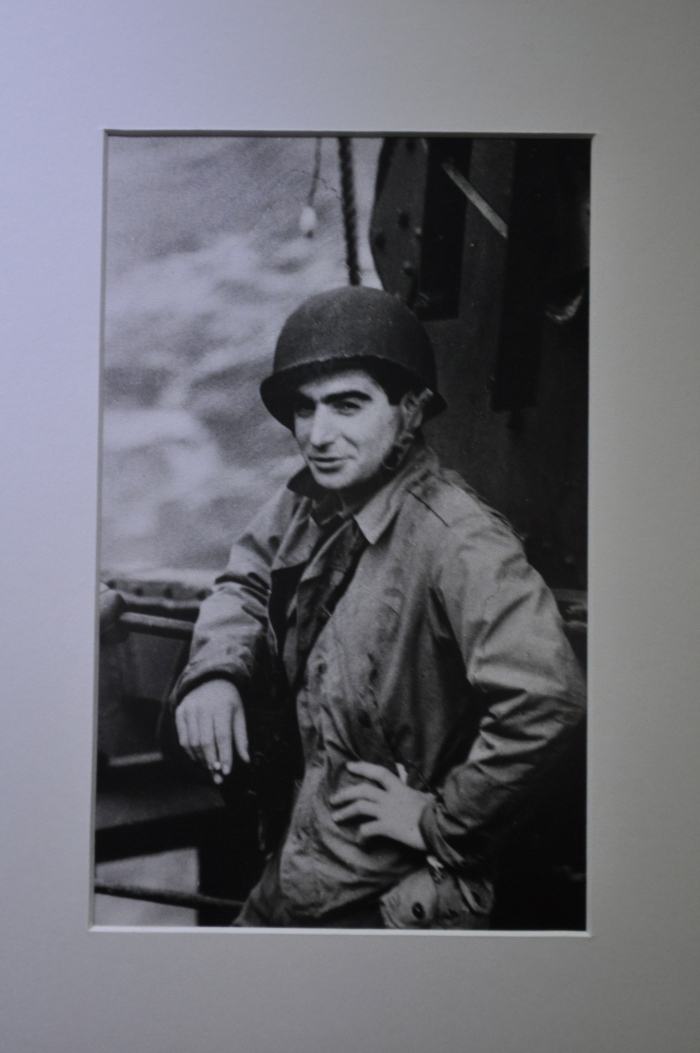 The exhibit running right now is of famed WWII Hungarian photographer, Robert Capa. Capa was born Friedmann Endre Ernő in Budapest in 1913, covered 5 wars, and co-founded Magnum photos. The exhibition space is small and perfectly lit for viewing photographs. And these were original prints, too, including two of the eight surviving shots that Capa took when the Allies stormed the beaches of Normandy (for those who know their photography history, a staff member at Life  in London set the dryer too high in the dark room, which melted the emulsion on the negatives, ruing the other 100+ pictures of that day). The following picture is one of the most Capa’s most famous. 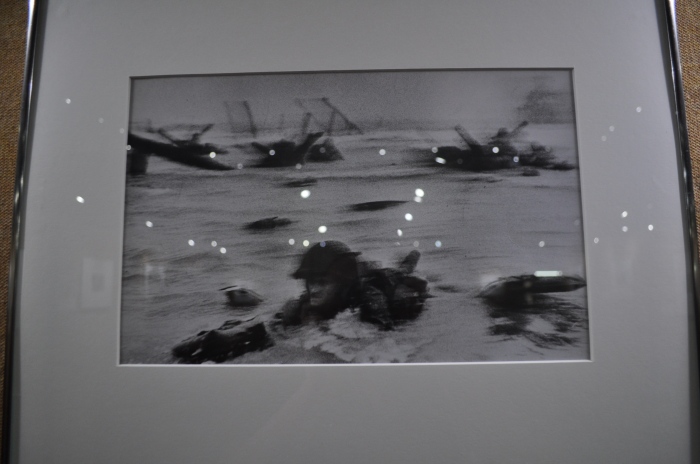 After the museum, we walked through the town a little bit more and came across this fantastic 13th century church dedicated to Mary. It was the most charming, beautiful building in the whole town I think. 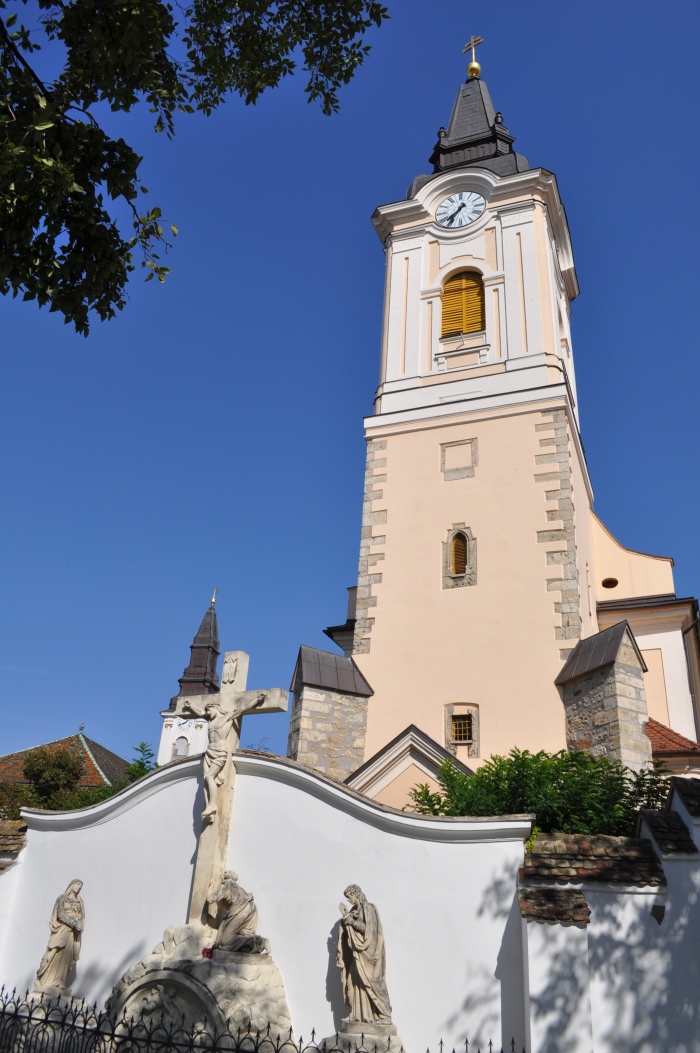 And after our stroll, we had to stop at the cukrászda (for purely research purposes, of course).  We had a little cake and rested at a marble table that was old enough to still have a candle holder in the middle of it. 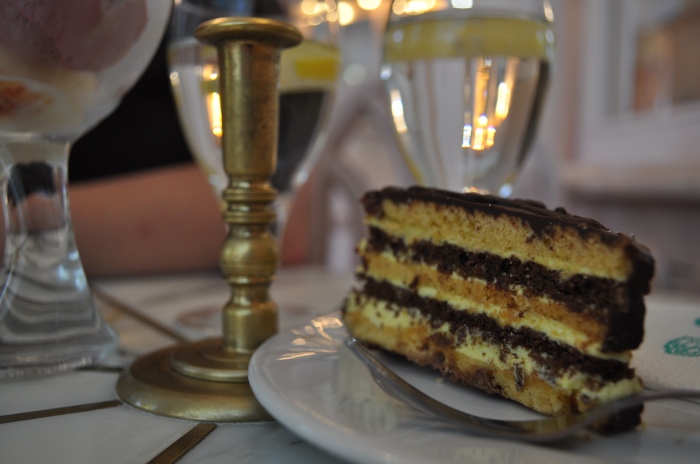 If you’re on a regional tour of Hungary, especially of central and south central Hungary, I would definitely recommend visiting Kecskemét. From its charming architecture and the streets lined with flora to the cafes and restaurants in the city center, it’s definitely worth the hour drive or train ride from Budapest.