Budapest has been blanketed with her second snow since Thanksgiving, though this time it’s lasted for about two weeks and has covered most of the city.  I don’t think it’s going to last long, as by the first of the month the weather is supposed to warm up again, but it’s beautiful while it’s lasting. 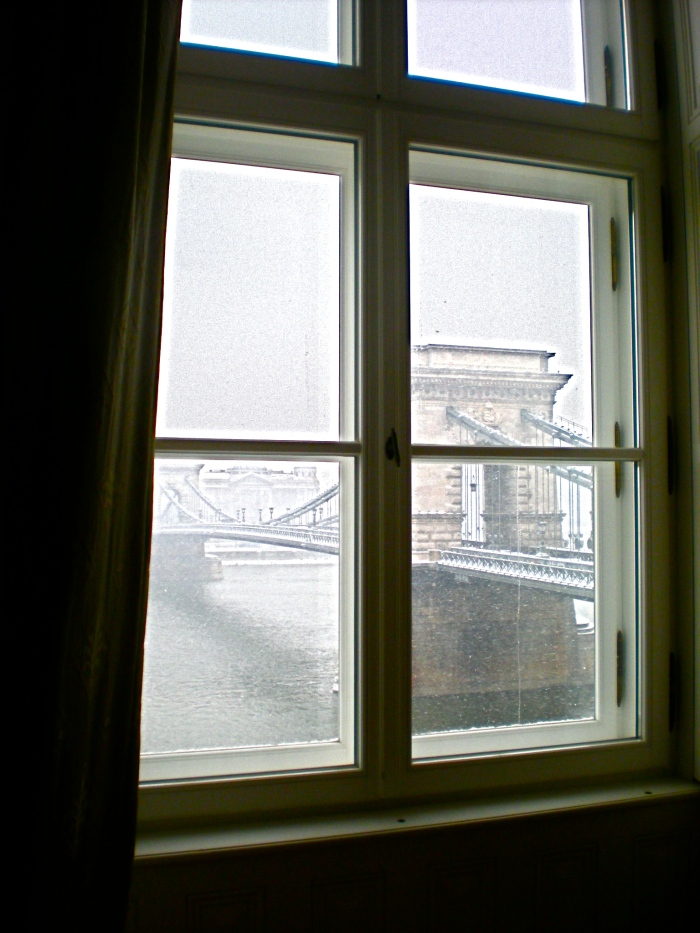 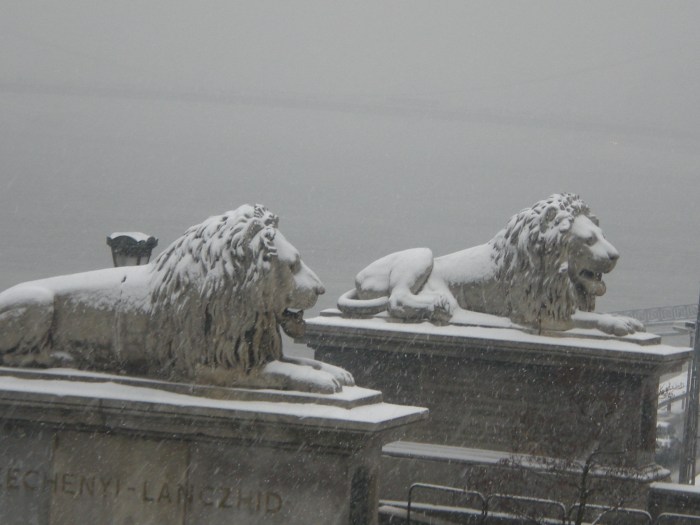 And it’s perfect to put anyone in the mood for a little slope time. 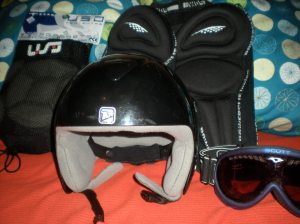 Tomorrow we’re leaving for a snowboarding trip at the Kreischberg resort, which is in Murau, Austria, at the foot of the Stolzalpe Mountain, which apparently is the sunniest mountain in the region.  That sounds nice.  We have all of our equipment, including helmet and protective gear (picture above for my mother so she won’t be too worried about me plummeting down black diamond hills like an ice rocket).  I probably won’t be posting until I return on Monday unless the videos of me falling and falling and falling repeatedly for hours on end are too hilarious not to post during the weekend.  I can tell that I’m slowly turning into my father, in that even more than the snowboarding, I’m looking forward to the resort and sitting by crackling fireplace with a window view to the mountain.